Chinese authorities in a Tibetan-populated region of Sichuan are forcing Buddhist monks aged 15 and under to leave their monasteries, placing them instead in government-run schools, Tibetan sources say. 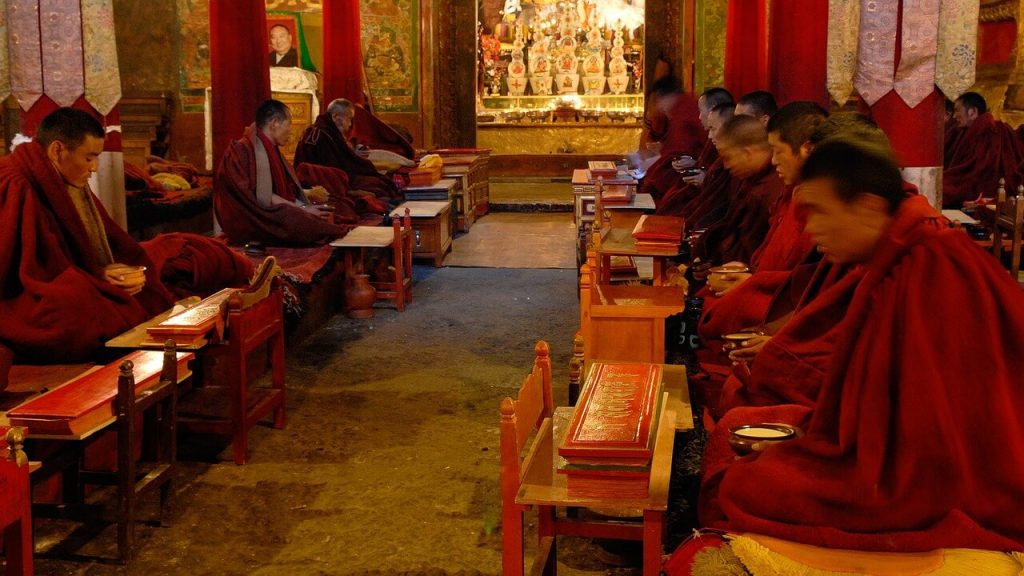 The move has been backed by threats to punish monastery administrators and the monks’ parents and religious instructors in cases of noncompliance, a Tibetan living in New York told RFA’s Tibetan Service on Tuesday, citing reports in Tibetan social media.

“The Chinese government has ordered many monasteries in Dzachuka to enroll novice monks under the age of 15 in Chinese-run government schools, and they have started to expel the young monks from their respective monasteries,” RFA’s source named Kunga said.

“If these young monks refuse to abide by the order, China has threatened to shut the monasteries down,” Kunga said.

Around 20 novices have already been removed from Jowo Ganden Shedrub Palgyeling monastery in Dzachuka, an area in historic Tibet’s eastern region of Kham, Kunga said, citing a report by a resident circulating on social media.

Many had already enrolled in the monastery’s courses in Buddhist logic and philosophy, and some were top students in their class, the resident, quoted by Kunga, said.

“Many of the parents of these young monks are unhappy about what the Chinese are doing,” Kunga said.

Tears in their eyes

“These young monks were seen leaving their monastery unwillingly and with tears in their eyes,” one blogger quoted by Kunga said.

“The scene was very disheartening.”

Chinese authorities have long sought to restrict the size and influence of Tibetan Buddhist monasteries, traditionally a focus of Tibetan cultural and national identity, sources in the region say.

Authorities have strictly limited the numbers of monks and nuns enrolled there and forced those allowed to remain to take part in classes promoting loyalty to China and the ruling Chinese Communist Party, sources say.