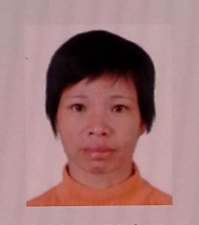 Zeng Lianjiao, female, born in 1968, a resident of Meizhou city in the southern province of Guangdong, is a member of The Church of Almighty God (CAG). She is kind and helpful but is wanted by the CCP merely for her faith in Almighty God. In August 2021, the Rongcheng branch of the Public Security Bureau of Jieyang prefecture-level city published an online notice about a price set for wanting Zeng Lianjiao.

On August 7, 2019, police officers from the Rongcheng branch of the Public Security Bureau of Jieyang city broke into the residence of Zeng Lianjiao (located in Yuxin village in Yupu community in Dongxing subdistrict in Rongcheng district). A few Christians were arrested as a result, while Zeng Lianjiao was lucky enough to evade the arrest because she was out. However, her ID card was seized by the police.

According to a released Christian, the CCP has gotten information on her faith, and knows that she serves as a CAG church leader, so it has listed her as one of key targets of arrest.

Wanted by the CCP, Zeng Lianjiao has no choice but to hide herself from place to place. She does not dare to see a doctor when getting sick, nor does she dare to show her ID documents when looking for a job. Now she has to do a tiring, lowly-paid job to support herself.

On August 27, 2021, the Rongcheng branch of the Public Security Bureau of Jieyang city published an online notice to want Zeng Lianjiao, setting a price to reward informers.
Zeng Lianjiao is now in a worrying situation. She said in grief and indignation, “The CCP has been pursuing and persecuting me, and now has published online notice about setting a price for wanting me; as a result, I’ve become homeless. Isn’t this trying to put me to death?”