Nationwide “Operation Thunder” against The Church of Almighty God is in full force in Shandong Province.

Since May of this year, the Chinese Communist Party (CCP) government has launched “Operation Thunder,” cracking down on The Church of Almighty God (CAG), a Chinese Christian new religious movement, throughout different regions in different provinces of China. Bitter Winter has reported on mass arrests in Chongqing City, Jiangsu Province, and Liaoning Province, currently totaling at least 700 arrests of Christians with the church. Recently there have been multiple reports of CAG members being arrested in various areas in Shandong Province. We present some individual stories in detail. 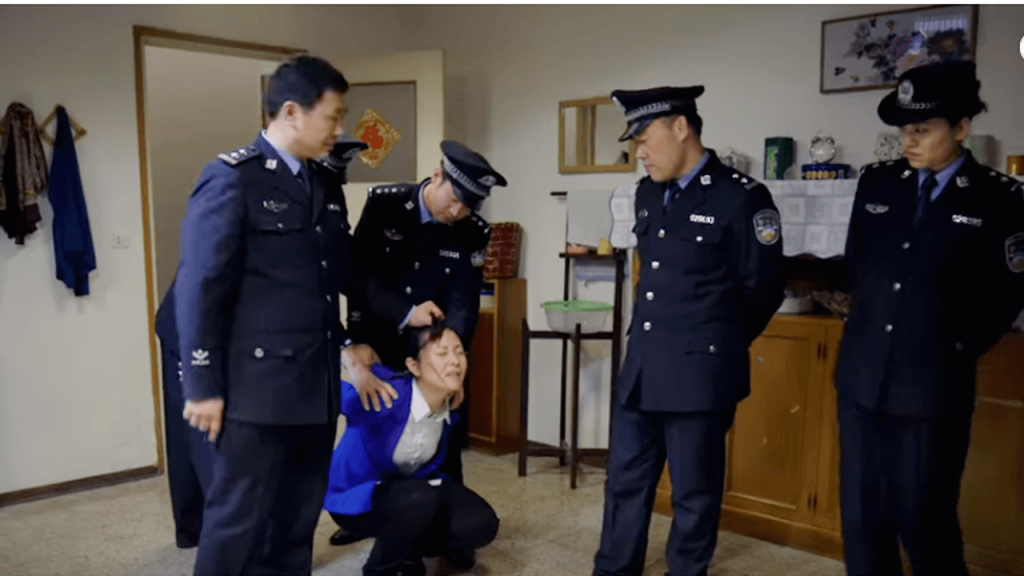 Arrested and Beaten by the Police for Distributing CAG Material

In the evening of June 4, Wang Lu (pseudonym), a Shandong CAG member, went to the home of another couple to give them CAG materials. Just as she was entering their home, she was tackled and taken to the floor by a plainclothes officer waiting in ambush inside. Ten minutes later, another officer arrived at the scene and took her to the police station.

At the station, the police questioned her multiple times but could gain no information, so they took Wang Lu back to her home to carry out a search. They ransacked her house. Since they were unable to find any valuable leads, the chief of the police station grabbed her by the hair and viciously smacked her three times on the right side of her face, loudly shouting at his officers to keep her immobilized. Her face swelled up and hurt as if it had been burned.

Back at the police station, the officers interrogated Wang Lu all night. One officer angrily smacked the sides of her face, threatening her. They interrogated Wang until 3 a.m. but couldn’t get anything out of her.

She was later taken to a detention center by the police, but was not admitted there because she was found to have a heart condition. They feared liability in case anything happened to her. However, the police still called her daughter, seeing an opportunity to blackmail her for money. Wang Lu was finally released upon bail pending trial on June 6.

To this day, there has been no news of the CAG couple arrested in front of Wang Lu.

It has been reported that Wang Lu’s daughter’s home was also raided by police in the evening of June 5. They took away some CAG books, two MP5 players, and some cash; nothing has been returned.

The police are keeping close watch over Wang Lu, and they occasionally call her to confirm her location. Since her arrest, several relatives and friends, who had always been supportive of her faith, began to oppose her belief, which caused great distress to her.

At about 10 a.m. on May 21, six police officers from the Weifang City, Shandong Province Public Security Bureau arrested four CAG members who had gathered for worship. They searched their persons and took photos of them, all without producing any warrant. The entire place was turned upside-down. The police confiscated all CAG books and cash, and took the four to the police station.

One hour later, another CAG member was arrested while going to a small store to buy something.

The police interrogated the five of them separately at the station. We have learned that Zhang Jie, one of the Christians, suffered from heart disease. After being put on a tiger bench, her entire body was shaking, her lips were going dark, and from the afternoon into the night she was in and out of consciousness. She was interrogated into the wee hours of the morning. One officer kicked at her feet, cursing at her: “If you’re going to die, go somewhere else! Don’t die in here!”

Zhang Jie and the other CAG members have been released after being held for over a month. But the police repeatedly warned them not to be active in the CAG any longer, that they were not allowed to leave their homes, and that they had to be always available.

Arrested in a Restaurant

On June 15, six officers from a Mudan District police station in Heze City, Shandong Province arrested Wang Zhigang (pseudonym), a CAG member, while he was eating in a restaurant, then took him back to his house. They ransacked his home, throwing his bedding and clothing onto the floor. The police then took him to the Heze Detention Center, where he is still being kept in custody.

“Operation Thunder” against The Church of Almighty God continues in Heze, Rizhao, Zibo, and Weifang cities in Shandong Province. Bitter Winter will continue to monitor these large-scale arrests in Shandong and across the nation.