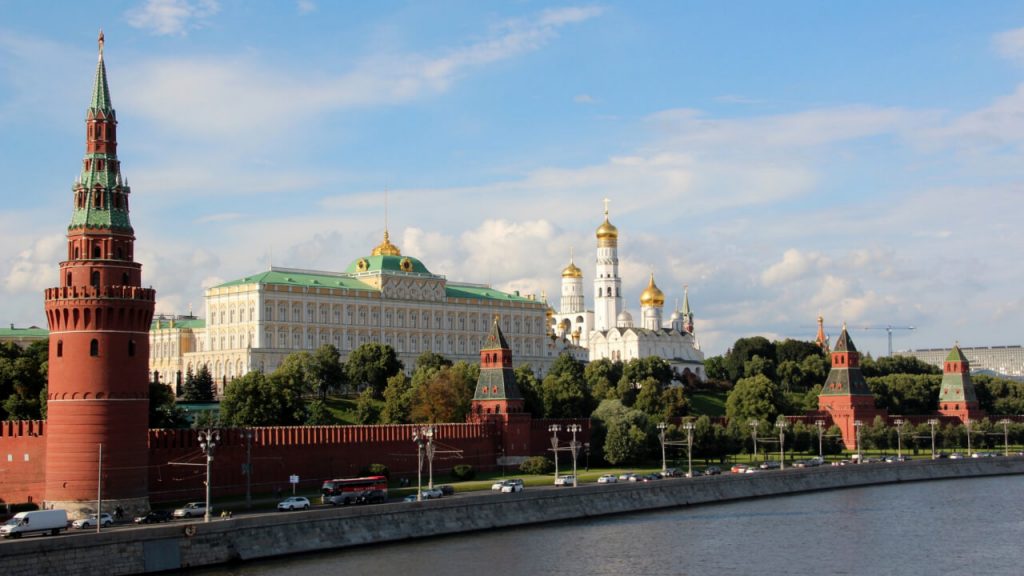 Nebi Hajim and Nur Muhammet are Uyghurs from northwest China’s Xinjiang Uyghur Autonomous Region (XUAR) who have conducted business in Russia’s capital Moscow for many years. Uyghurs working overseas have regularly experienced problems renewing their travel documents and have often been forced to return home since April 2017, when Chinese authorities began jailing or detaining members of the ethnic group accused of harboring “strong religious views” and “politically incorrect” ideas in political “re-education camps” throughout the XUAR. In many cases, those who travel back to the region are taken into custody within minutes of their arrival. Hajim and Muhammet recently spoke to RFA about how their situation in Moscow has changed amid China’s policy of mass arrests in the XUAR and the dangers of working abroad as a Uyghur with a Chinese passport.

RFA: What kind of difficulties are Uyghur businessmen facing in Russia these days?

Hajim: Currently we are unable to renew our passports, and the [Uyghur businessmen] in Central Asia are also facing the same situation. Many people’s passports have expired because the Chinese Embassy refused to renew them. [Chinese authorities] are asking people to return to the country. But if we choose to return home, we will be locked up in a prison straightaway and left to rot there.

RFA: We have heard that there used to be a significant number of Uyghurs involved in business in Moscow—many from Atush (in Chinese, Atushi) city [in the XUAR’s Kizilsu Kirghiz (Kezileisu Keerkezi) Autonomous Prefecture]—but the number has dwindled. Do you know what happened to those who returned home?

Hajim: All those who returned were arrested on arrival and taken to re-education camps or prison. There was a man named Memet Hajim who went back and was arrested at the airport on arrival. He also had a young cousin, his brother’s son, who was 19 or 20 years old. He went back in January this year and was also taken away straight from the airport on landing … This is a common scenario at the moment.

RFA: So if your passport has expired, will it be difficult for you to travel and do business?

Hajim: Yes, that is correct. We can’t travel anywhere … We are in an extremely difficult situation, as we Uyghurs now have no home to return to, no one to rely on, and we are left wandering in fear in a foreign land. Those whose passports have expired must hide them and tell the police lies when being approached and checked—it is impossible to travel because of the risk. That is how we manage each day. We Uyghurs are in a very vulnerable situation.

RFA: How many [Uyghur] businessmen are currently in Moscow?

Hajim: I think there may be around 10. There used to be 30 or 40 of us, and also quite a lot of students. But now not many are left. [The Chinese authorities] have created such an environment of fear everywhere. People are either being taken away or “disappeared.”

RFA: Why are people returning home?

Hajim: Memet Hajim’s brother said he had people who would “protect” his son when he returned, but despite arriving at the airport with a Uyghur policeman, his son was arrested on landing and taken away. Memet Hajim said that as his family was never involved in inappropriate matters, they should be fine, but he was also arrested and taken away. There are many people who have been arrested upon landing at the airport after arriving from [Kyrgyzstan’s capital] Bishkek and [Kazakhstan’s largest metropolis] Almaty.

RFA: Do you know any cases in which the family members, parents, and siblings have been taken hostage by the authorities as a way of pressuring and forcing people living abroad to return to China?

Hajim: There are plenty of such cases—most of our family members are locked up. Many households have no one left. Many houses are padlocked from the outside.

RFA: This must have badly affected your business.

Hajim: Yes, every aspect of our lives has been ruined. Our family, children, finances—everything! I don’t know if this is a test from Allah, but we are being bullied and terribly mistreated.

RFA: We have heard that there are many Uyghur businessmen who have been arrested on their return to the XUAR. Do you know any of their names?

Muhammet: There was a man called Muhemmetjan who was interned. As far as I know, there are at least three businessmen who were arrested at the airport on arrival after flying from Moscow.

RFA: What are their names?

RFA: They were all arrested at the airport?

Muhammet: He is Muhemet Ablet’s nephew. We tried to stop him from going back, as we knew from previous cases that he was at risk of being incarcerated, but his father insisted that if he didn’t return it would cause serious consequences for his other children, who are attending school.

RFA: Did he fly to Urumqi?

Muhammet: Yes, and he was arrested on landing. His father was also arrested and was taken to Atush.

RFA: Do you know any other people who were arrested after returning home?

Muhammet: I heard there have been many similar cases [of people returning from] elsewhere, but I only know the names of those who returned from Moscow. There aren’t many Uyghur businessmen here now … Almost everybody’s passports have expired, but when they go to the Chinese Embassy for an extension, they are refused and told they must return to China to “sort things out.” In other words, we must return so they can incarcerate us.

These are very complicated matters—[the Chinese government’s] policies towards our people have always been treacherous.

However, we miscalculated in thinking that we [businessmen] wouldn’t be their target. Now they have exposed their true intentions, and they are arresting people indiscriminately, whether they are loyal agents [of the ruling Communist Party] or traitors.