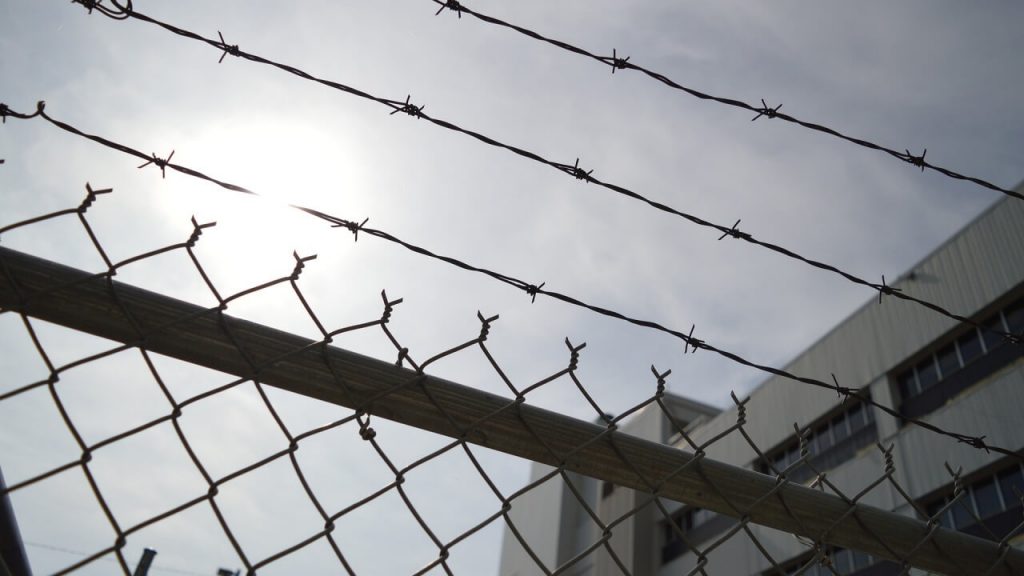 As many as 1,200 Uyghurs are being detained in a jail in western China’s Gansu province after being secretly transferred under the cover of night from political “re-education camps” in the Xinjiang Uyghur Autonomous Region (XUAR), according to prison officials.

In October last year, RFA’s Uyghur Service reported that authorities in the XUAR had begun covertly sending detainees to prisons in Heilongjiang province and other parts of China to address an “overflow” in overcrowded camps, where up to 1.5 million Uyghurs and other Muslim ethnic minorities accused of harboring “strong religious views” and “politically incorrect” ideas have been held since April 2017.

And in recent months, RFA spoke to officials in Shandong, Shaanxi and Gansu provinces, who confirmed that Uyghur and other Muslim detainees from the XUAR had been sent to prisons there, although they were unable to provide specific numbers or dates for when they had been transferred.

As global condemnation over the camp network has grown, including calls for international observers to be allowed into the XUAR to investigate the situation there, reports suggest that authorities may be transferring detainees to other parts of China as part of a bid to obfuscate the scale of detentions of Uyghurs and other Muslim minorities in the region.

While further investigating the transfer of detainees to Gansu province, RFA’s Uyghur Service spoke with an officer at the command center of Gansu’s Wuwei Prison, who said that as many as 1,200 Uyghurs and other Muslim minorities from the XUAR are being held in four wings of the facility.

“As for those transferred from Xinjiang, there are 200-300 of them in each wing,” the officer said, speaking on condition of anonymity.

He referred questions about the specific number of detainees transferred from the XUAR to the Gansu Provincial Prison Administration, but an official who answered the phone there said that any inquiries would need to be made in person and refused to provide any information.

RFA contacted Wuwei Prison a second time and spoke with an officer who said he had attended a “Xinjiang Prisoner Transfer Meeting,” but had “received a notice prior to the meeting that we are not allowed to disclose any information regarding the transportation program.”

“Regardless of who is making inquiries, we cannot disclose any information,” said the officer, who also declined to give his name.

“We must first obtain permission from our superiors before speaking of these matters.”

When RFA spoke with an official from the Gansu Provincial Prison Administration earlier this year, he confirmed that a “huge” number of detainees from the XUAR are being held in a prison in Baiyin city, as well as “most of the jails throughout Gansu.”

While the official was unable to provide information about when transfers from the XUAR to Gansu began, he did say that the detainees were being held under “special circumstances.”

“They are not here because they committed certain crimes, but for a special reason, and they are under particularly heavy security,” the official said at the time.

“For example, they are not permitted to meet with their relatives or acquaintances,” he said, before referring further questions to his superiors.

The confirmation from officials in Gansu followed a report last week by Bitter Winter, a website launched by the Italian research center CESNUR that focuses on religion in China, which cited an “insider” source in Wuwei city as saying that “at least 1,000” Uyghur detainees serving “sentences of up to 20 years” from the XUAR had been sent to the municipal prison, where they are restrained in handcuffs and leg shackles daily.

The website, which routinely publishes photos and video documenting human rights violations submitted by citizen journalists from inside China, cited a second source as saying that in the fall of 2018, a street leading to Wuwei Prison was blocked off for two days, and that all vehicles and pedestrians were prohibited from passing through.

On the first day, an armed police unit used vehicles to escort more than a dozen buses to the prison and then quickly turned around and left, the source said, presuming that it was a drill.

The following morning at around 2:00 a.m., armed police stood guard on both sides of the street while each bus returned with an escort of three police cars, transferring Uyghur detainees from the Wuwei Railway Station to Wuwei Prison, they said.

Bitter Winter previously cited sources as saying that prisons in Inner Mongolia have also accepted camp detainees from the XUAR, and that authorities plan to disperse and detain “an estimated 500,000 Uyghur Muslims” throughout China, although these reports could not be independently confirmed by RFA.

Though Beijing initially denied the existence of re-education camps, Shohrat Zakir, chairman of the XUAR, told China’s official Xinhua news agency in October 2018 that the facilities are an effective tool to protect the country from terrorism and provide vocational training for Uyghurs.

China recently organized two visits to monitor re-education camps in the XUAR—one for a small group of foreign journalists, and another for diplomats from non-Western countries, including Russia, Indonesia, Kazakhstan and Thailand—during which officials dismissed claims about mistreatment and poor conditions in the facilities as “slanderous lies.”

Reporting by RFA’s Uyghur Service and other media organizations, however, has shown that those in the camps are detained against their will and subjected to political indoctrination, routinely face rough treatment at the hands of their overseers, and endure poor diets and unhygienic conditions in the often overcrowded facilities.

Adrian Zenz, a lecturer in social research methods at the Germany-based European School of Culture and Theology, earlier this month said that some 1.5 million people are or have been detained in the camps—equivalent to just under 1 in 6 members of the adult Muslim population of the XUAR—after initially putting the number at 1.1 million.

Michael Kozak, the head of the State Department’s human rights and democracy bureau, in an apparent reference to the policies of Hitler’s Germany and Stalin’s Soviet Union, last week said people “haven’t seen things like this since the 1930s” and called the internment of more than a million Uyghurs “one of the most serious human rights violations in the world today.”

In November 2018, Scott Busby, the deputy assistant secretary in the Bureau of Democracy, Human Rights and Labor at the U.S. Department of State, said there are “at least 800,000 and possibly up to a couple of million” Uyghurs and others detained at re-education camps in the XUAR without charges, citing U.S. intelligence assessments.