Zhang Yan (pseudonym), female, born in 1980, from the central province of Henan, is a Christian of The Church of Almighty God. She has been arrested by the CCP police three times for her belief, and sentenced to three years in prison. During her sentence term, despite her illnesses, the CCP subjected her to mandatory indoctrination, tormented her with various tortures, and forced her to sign statements promising to give up her belief. That worsened her condition.

Zhang Yan was arrested and detained twice for her evangelism in 2012 and 2013. In April 2013, she was sentenced to three years in prison, and served her sentence outside the prison under surveillance for five years.

After she returned home, Zhang Yan was told to be present at the local police station once every month, and officers from the police station and the Justice Bureau often visited her home and questioned her about her belief. In late August 2017, she went to see the doctor out of town, but when she was going through the security inspection at a railway station, she was seized by the police and detained in the local detention house for 50 days. Later, she was sent to a prison to serve her sentence term.

In the prison, Zhang Yan’s condition was worsened. She spitted blood from coughs but was refused by the guards when she applied for treatment. As she refused to wear the sign on which it was written “using a xie jiao organization to undermine law enforcement,” she was punished to sleep on the floor for a week and in the corridor for a month. As a result, her abdomen became badly swollen and her condition was deteriorated, but the cell block chief still forced her to labor, disregarding her life.

In late August 2019, to force Zhang Yan to wear the sign, the cell block chief arranged 14 inmates into seven groups to surveil her in turns, and deprived her of sleep for ten days. Whenever she closed her eyes, they would shout at her or pinch her legs, and they would even spray essential balm or perfumed toilet water in her eyes, nose, and ears, and pour cold water over her body. During those days, the guard also subjected her to mandatory indoctrination by making her watch videos that defame The Church of Almighty God, attempting to force her to give up her belief and betray God.

On morning, Zhang had a relapse of her illness and spitted blood, but instead of allowing her to return the cell, the cell block chief ordered her to squat like a soldier. As a result, she collapsed to the ground and fainted nearly ten hours. Afterward, to force her to give up her belief, prison authorities continued to deprive her of sleep and force her to squat like a soldier. As she refused, six or seven inmates forcibly pressed her into squat position, and two of them stepped heavily on her calves. They tormented her for over one hour, making her miserable.

In late May 2020, Zhang Yan was released after completing her sentence term. Due to the CCP’s torture, she had varicose veins and lost her ability for labor. 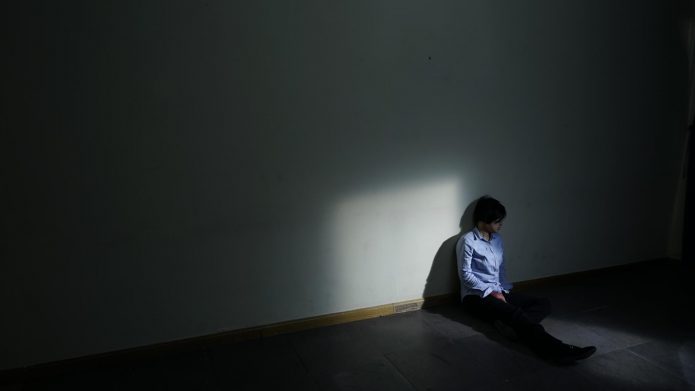 Christian Rearrested for Religious Belief, Tortured with Illness in Prison
Zhang Yan (pseudonym), female, born in 1980, from the central province of Henan, is a Christian of The Church of Almighty God. She has been arrested b…

The China-Myanmar Border Wall: Why the CCP Needs It
It is not only to prevent “dissidents” from escaping China, or Chinese to go gambling in Myanmar. It is also a barrier against Christianity. by Massim…