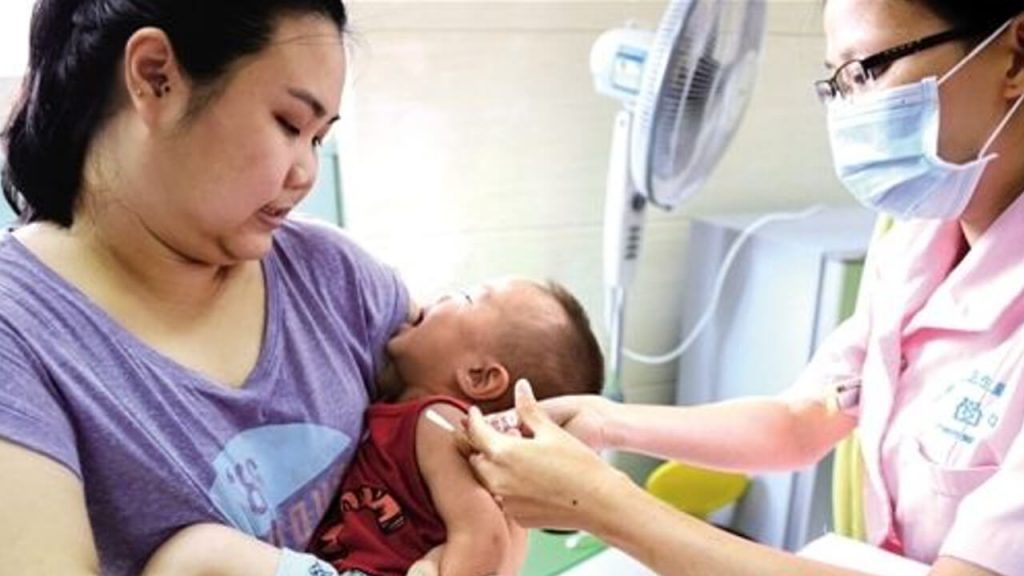 Authorities in China are holding at least one vaccine campaigner and have ‘disappeared’ another following an attempted protest on Beijing’s Tiananmen Square earlier this month, RFA has learned.

Dong Junhua, the parent of a child affected by substandard vaccines from Dancheng county in the central province of Henan, is being held under criminal detention on suspicion of “picking quarrels and stirring up trouble,” his wife said in a recent interview.

“They said he was being held under criminal detention for picking quarrels and stirring up trouble,” Dong’s wife, who gave only her surname Shan, told RFA. “I asked them on what evidence, and they refused to show me, saying I couldn’t read it.”

Shan said her husband is innocent.

“We didn’t do anything wrong,” she said. “I don’t know what to do right now, and I haven’t had any news of him at all.”

She said local officials had warned her not to go to Tiananmen Square or government headquarters in Zhongnanhai.

“They said that if I do, I will be detained too,” Shan said.

The Chinese Human Rights Defenders (CHRD) network reported that Dong is currently being held in Dacheng County Detention Center, and had been granted a meeting with his lawyers, who were reportedly told that police have recommended Dong be formally arrested, paving the way for a trial.

Meanwhile, Shanghai-based vaccine campaigner Tan Hua “disappeared” in Beijing on Sept. 3 after going to the capital to campaign for compensation for disability, which she says is linked to a rabies vaccine several years ago.

“Protesters against government mishandling of scandals over faulty vaccines faced [a] swift police response after trying to demonstrate on Tiananmen Square during the China-Africa Summit on Sept. 3-4,” the group, which compiles reports from rights activists inside China, said in a statement on its website.

“The protesters were … victims of faulty vaccinations, which were believed to have caused permanent health damage, as well as their parents and supporters,” it said.

Chinese authorities are continuing to silence parents campaigning for compensation for children harmed by faulty vaccines. An internal police document obtained by parents and shown to RFA last month showed that parents now risk being held in criminal detention on suspicion of “colluding with foreign media.”

Leading vaccine campaigner He Fangmei, known by her online nickname Shisanmei, was forcibly returned by “interceptors” to her hometown of Xinxiang city, Henan, alongside her husband Li Xin, CHRD said.

He Fangmei became a vocal advocate for families hit by substandard vaccines after the couple’s daughter developed gray matter spondylitis from a substandard diphtheria, tetanus, whooping cough vaccine made by Wuhan Biotechnology at the age of three months.

The couple has also been banned from overseas travel, on grounds that they may “endanger state security,” the group said.

“The couple had hoped to take their sick child overseas for treatment,” it said, adding that the family were evicted from their home two days later, on Sept. 13.

The campaigning parents say they want the government to face up to its responsibilities in the wake of wave upon wave of vaccine scandals in recent years, and give the families hit by faulty vaccines compensation to help with mounting medical bills.

Parents are calling for a vaccine law, and more timely public information about vaccine safety, as well as help with mounting medical bills for their children, some of whom are severely disabled after receiving substandard vaccines.

More than 40 government officials, including seven at the provincial level, have been held sanctioned over the scandal by various administrative punishments, including removal from their posts, state-owned Xinhua News Agency reported.

Petitioners and campaigners are generally considered “sensitive persons” under the Communist Party’s “stability maintenance” regime that targets government critics outside of the criminal justice
system.

Rights activists say violence and coercion are becoming more and more common in Chinese law enforcement, as the administration of President Xi Jinping seeks to ensure that nobody criticizes the ruling Chinese Communist Party in any way.

Reported by Yang Fan for RFA’s Mandarin Service, and by the Cantonese Service. Translated and edited by Luisetta Mudie.