Enough is enough: even Chinese social media users tell the CCP that at least in the United States you can protest police brutality. In China, those who protest go to jail, or worse.

In face of international criticism over the coronavirus and the new National Security Law imposed on Hong Kong citizens, the CCP took advantage of the death of George Floyd to launch a propaganda war against the United States. Chinese Ministry of Foreign Affairs spokeswoman Hua Chunying tweeted “I can’t breathe,” using Floyd’s last words to criticize the United States.

But Chinese netizens seem to refuse to buy her words. Citing the Chinese police brutality and the Tiananmen Square protests, some Twitter users asked Ms. Hua Chunying “whether she was breathing smoothly.” Some netizens even collected video clips featuring the brutality by police officers and law enforcement personnel in Mainland China, as well as footage of police brutality against protesters in Hong Kong. They criticized the rampant police brutality under the CCP’s rule, claiming that it is laughable and shameful for the CCP to adopt a double standard, calling “mobs” and “rioters” the protesters in Hong Kong and China and hailing those who demonstrate in the United States. Many victims of police brutality in China are even deprived of opportunities to voice their grievance and gain supports from the society.

Video : Police officer in China’s Shenzhen city knelt on a young woman’s neck so that her “can’t breathe”:

Bitter Winter has talked to a Chinese petitioner, who believes his father died after having been tortured by the police. The police agents involved were never charged. The family, he said, had submitted petitions for 37 years, but his father’s case was never fairly tried. His eldest brother also died in suspicious circumstances, his elder brother was declared “mentally ill,” his entire family was put under surveillance for “guilt by association,” resulting in family destruction and property lost.

“We won’t win. Rather, we might expose our entire family to the risk of going to jail,” the man said, lowering his head and curling up. We would call him by the pseudonym “Zhang” at his request.

Thirty-seven years ago, when he was still a minor, Zhang and his brothers saw their father’s horrific death.

Three days after their father organized his fellow villagers to defend their rights, the government officials called for the sons to visit their father in a room of the interrogation agency. There, they found his body hung to a one-meter high window, with a long rope hanging from the body to the ground. He appeared to have been hanged, but they did not see congestion around his neck. Taking a closer look, they noticed a laceration and bump on his head, and three scars on his back likely caused by iron clamps.

An inside source told them that, after their father was arrested, horrible screams could be heard on the first two nights from the interrogation room where he was confined. Everything went silent on the third night.

The court determined that his father had committed suicide, despite the evidence indicating he had been tortured. All the officers involved were acquitted and released.

In China, family members of victims of police brutality are never told the truth, no matter how many clues they can find of torture. Editing surveillance records, tampering with autopsy reports, and burning remains of the dead to destroy evidence are common occurrences. In such cases, it becomes increasingly difficult for the victims’ families to dig out the cause of the deaths, bring the public officials involved to justice, or fight for reasonable compensation.

Zhang and his family embarked on a tour of petition for 37 years ever since, and disaster followed.

Zhang’s eldest brother, who had been an active petitioner, “fell” into the sea and drowned in a beautiful day when he went fishing, in highly suspicious circumstances. For those who have been petitioning for years, it is not uncommon that they will end up with an “accidental death” or “a car accident.” Zhang still cannot believe that his brother died accidentally.

Subsequently, Zhang’s surviving elder brother took over the responsibility to continue the petition, but he was imprisoned by the local public security bureau in a psychiatric hospital after a decade of persistence. According to the doctor, one of the manifestations of his paranoid mental illness was his asking an exaggerate compensation from the government for his father’s death.

“After returning home from the psychiatric hospital, my elder brother became strange. While dining, his hands were shaking so much that he couldn’t hold the bowl steadily or use chopsticks. He seemed to have completely lost the ability to work,” Zhang told Bitter Winter. His family felt sorry for the poor man, and asked why he took the medicine provided by the psychiatric hospital. He claimed that in fact, he had been forcibly administered with medicine, and that if he refused to take it, the guards would beat him up.

They turned to the media, to no avail

Zhang continued with the petition, but his lawyer told him that there is little hope to win the lawsuit, unless he could pressure the government by using media outlets to draw public attention.

But the media belong to the state. To attract media attention, he attended a public event. Unfortunately, he drew the police’s attention instead of the journalists’. Only then, did he know that he had been on the government’s blacklist. “My daughter won’t have a good job after graduation. That’s for sure,” he said in frustration.

He has run up a debt of 160,000 RMB (about $ 22,700) after years of petitioning. His mother died from disease due to the lack of money for adequate treatment. All his family members have been closely monitored, and his wife divorced him as she did not want to continue with such an unbearable life.

The man was overwhelmed by the cruel reality. “The world under the CCP’s rule is so dark,” he commented, adding that during the past years of petitioning, he came to know many people who shared similar experiences.

No, it is not “the same” in the United States

Zhang’s is a good example of how bringing brutal police officers to justice may be difficult in the United States, but is impossible in China.

As some netizens commented, in the United States, when there is police brutality, at least you are allowed to take to the streets and even protest in front of the White House. CCP-controlled Chinese media claim that the protests prove that the U.S. are in a state of chaos, while in fact they show that democracy is at work. In China, those who protest police brutality end up in jail, in psychiatric hospital, or worse.

As a Chinese, I tend to agree with the U.S. National Security Adviser Robert O’Brien, who commented while interviewed by ABC News, “China, the difference between us and you is that the officer who killed George Floyd—he will be prosecuted, he will be investigated, and he will receive a fair trial.”

Afraid to Seek Medical Care, Believer on the Run Dies

How China Exploits Prisoners to Make Goods for Export

Christians Pressured to Renounce Beliefs via Mistreatment in Jail 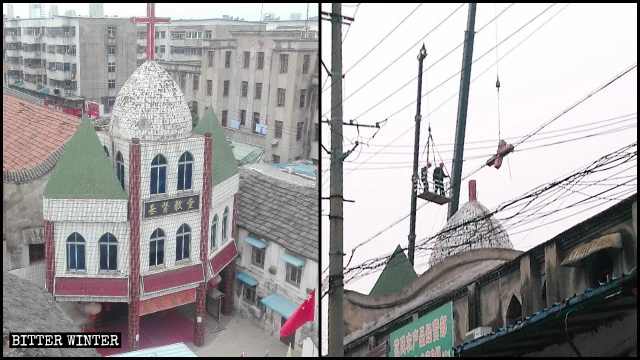 Crosses Removed from over 250 Churches in Anhui Province

People on Social Welfare Ordered to Worship CCP, Not God

Religious Liberty in Tibet: From Bad to Worse

A Book Trailer Launched for Massimo Introvigne’s Book on The Church of Almighty God
The volume published this year by Oxford University Press has now its own video introduction. by Marco Respinti Bitter Winter has already introduce… 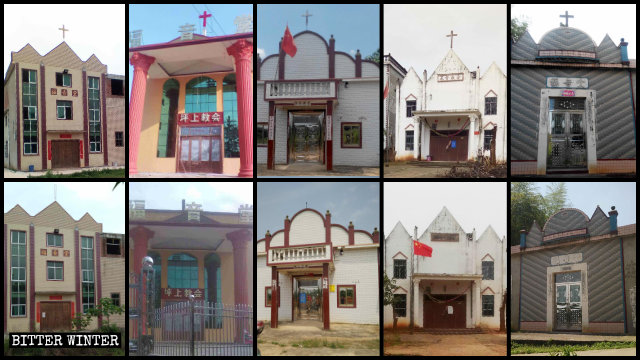 48 State-Run Churches Shut Down in One County in Two Weeks
Protestants in Jiangxi Province’s Yugan county have been suffering CCP’s persecution for the past few years. Attacks renewed after coronavirus lockdow…

“Inside The Church of Almighty God”: A New Book Tells It Like It Is
Oxford University Press publishes Massimo Introvigne’s survey of the most persecuted religious movement in China by Ruth Ingram Viciously persecute…

‘You Can’t Believe in God in China,’ Police Tell Believers 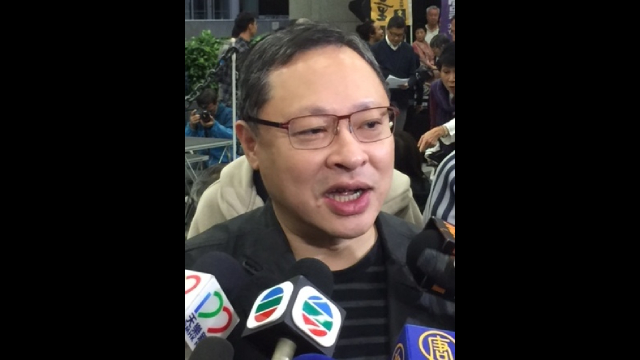 German Intel Warning: Do Not Give Data to Chinese Firms

Tight Security Presence Outside US Consulate in Chengdu, China