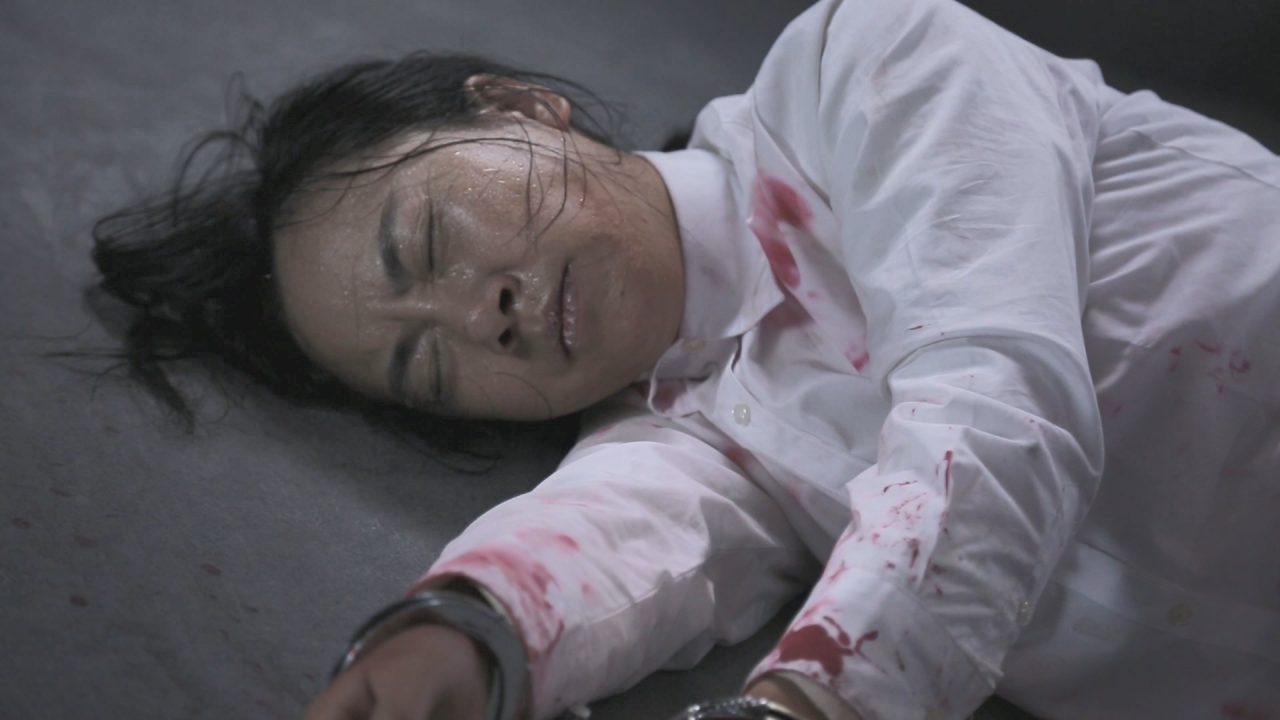 A 20-year-old female Christian was arrested and tortured because of her faith and was even stripped off her clothes and forced to stay in cold temperatures. The torment left her with deep physical and emotional scars.

At past 7 a.m. on June 27, 2018, police officers from Dalian in northeastern Liaoning Province broke into a meeting venue, arrested six Christians from The Church of Almighty God (CAG) including Meng Han (pseudonym), and forcibly took them to a police station.

Meng was only 20 years old that year and her arrest was part of Liaoning authorities’ uniform crackdown campaign named the “Operation Thunder,” which was launched on June 26 and caused the arrests of over 700 CAG Christians.

To extract from her information on the church leaders and funds during the interrogation, the police forced Meng to stand in a half squat, slapped her hard in the face, and violently hit her palm with an over-10-inch-long plastic ruler. They then abruptly grabbed her hair and pressed her against a metal cabinet to shock her with the electric batons, which ran out of power right at that time. In exasperation, they started to burn her with cigarette butts.

Seeing that Meng said nothing, the police then savagely beat her on her legs and lower back with an iron rod that is about 3-feet-long and 2-inch-thick. She couldn’t help screaming loudly out of great pain. To prevent her screams from being heard, the officers then forced her to remove her socks and stuffed them into her mouth before continuing to beat her with the iron rod. In the end, the skin in the area of her buttocks and thighs became black and blue with bruises and her buttocks were badly swollen.

Failing to get information on the church, the officers fetched an iron helmet, put it on Meng’s head, and then fiercely struck it with an iron rod. Immediately, her ears were ringing and she started hearing noise in her head, which was unbearable. After several minutes’ hitting, they kicked her head hard. Meng fell heavily on the floor at every kick. The officers just pulled her to stand and continued to kick her until they were tired. They also demanded Meng to stand in a half squat and stretch her two arms straight, with one cup of water placed on each. She was warned that she’d get beaten once she spilt the water.

To extract church information from her, the police forcibly ordered Meng to take off her clothes (leaving only underwear) and stand in front of the air conditioner, which was set to the lowest cooling setting, in the splits position with her feet dipping in the water. Besides, they poured cold water on her head and directed an electric fan toward her. “After standing for several hour, I was so cold that I became purple all over. I felt my heart beat very slowly and it was increasingly difficult for me to breathe,” Meng recalled.

On the afternoon of June 28, Meng was criminally detained by local Public Security Bureau and held in custody at a detention house. During her incarceration, the security officials interrogated her for more than ten times to force her to give up information on the church and renounce her faith by signing the three statements (statements of repentance, guarantee, and severing-off ties).

On September 11, 2018, Meng was released on bail pending trial after her family paid over 30,000 RMB (about 4,200 USD). In August 2019, the local court sentenced Meng to one year and six months in prison with a probation of one year and six months on the charge of “using a xie jiao organization to undermine the enforcement of the law” and fined her 5,000 RMB (about 700 USD). To date, Meng is still under close surveillance and has no personal freedom.