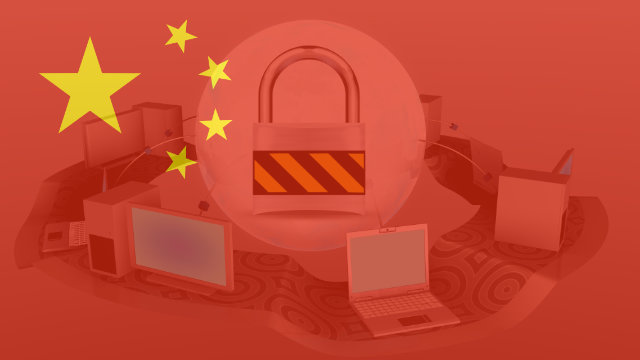 A “posts’ deletion officer” who removes comments online that the CCP deems unfavorable to its regime, shares the details of his daily work.

Mr. Liu (this is not his real name, as he only agreed to talk under the condition of anonymity) is a “posts’ deletion officer” working for a popular internet platform in mainland China. During the pandemic, he works from home. When we started talking, Mr. Liu just deleted the 9,450th post of the day. He, like all his colleagues, is assigned daily quotas.

The computer in front of him has already screened for online remarks that contain sensitive words, like “virus,” “police,” “government,” and “country.” The system marks these words with different colors, to help him find the content that needs to be censored quickly.

Facing the sharp claws of CCP’s censorship, China’s netizens fight back with wisdom and courage. They use initials and emojis to dodge the censorship of the keywords. Software screening alone cannot meet the government’s increasingly stringent control requirements, so manual work is employed.

“The deleted posts mostly contain remarks criticizing and opposing the government,” Mr. Liu explained. He added that during the pandemic, he is more busy than usual. Because remarks questioning the government-issued data about the registered coronavirus cases and deaths, or those that condemn the state leaders’ ineffective efforts to fight the pandemic or China’s medical system, and alike, should be removed immediately. Even religious phrases with the slogan “Wuhan, stay strong!” must also be deleted.

“The government lies by claiming that only a few hundred people have died,” Mr. Liu said, pointing to the computer screen, where a comment criticizing the reported numbers of fatalities appeared. The comment was momentarily gone. “How can I believe it? History will condemn these government leaders.”

“Comments that say good things about the US or Western societies in general, their good healthcare systems, must also be removed. Actually, these types of comments are primary targets for deletion,” Mr. Liu continued.

“Remarks that may cause panic should also be expunged, regardless if they are true,” he added. For example, the news that the incubation period for COVID-19 could be more than 20 days had to be deleted, deemed as a “rumor,” before the government admitted the fact as accurate.

“The government’s behavior is inhuman,” Mr. Liu feels indignant remembering the night Li Wenliang, a Wuhan doctor who was admonished by the government for sounding the alarm about the dangers of COVID-19 and later died from the virus. “He was declared dead past 9 p.m. The news raised massive anger online, so the government ordered to say that he was still being treated. Why would they do that?” Mr. Liu said, adding a few curse words as he continued deleting netizens’ comments.

As reported by numerous media outlets, 34-year-old Li Wenliang was pronounced dead at 9.30 p.m. on February 6, but the time was later changed to 2.28 a.m., February 7. Evidently, after the news triggered a harsh reaction on China’s social media platforms, the government intervened and told the official media to change their reports that the doctor was still alive and was given an additional treatment that kept his heart pumping and oxygenated his blood without it going through the lungs.

Mr. Liu knows well that not all the posts he has deleted are “rumors” or could qualify to be called “negative remarks.” It’s becoming harder and harder to live with this feeling, he said, so he wants to quit working for the company.

“The government doesn’t let people speak out, and only wants them to praise the CCP, without providing truthful information,” Mr. Liu feels disappointed with China’s leadership.

According to Mr. Liu, over 200 employees screen online posts in his company day and night, but he does not know how many more people are responsible for censoring articles, audios, or pictures. He also doesn’t know how many posts by people like Li Wenliang have been deleted.