ADHRRF – On March 9, 2018, the Coordination of the Associations and Individuals for Freedom of Conscience (CAP LC) organized a thematic conference on the asylum applications of the Christians from The Church of Almighty God (CAG) and the danger for them to go back to China. It was held at Château Frontenac Hotel in Paris, France. The participating human rights organizations, experts and scholars discussed difficulties the CAG members are faced with when seeking asylum and called on the French government to provide them with human rights protection and not to deport them to China.

This conference was introduced and coordinated by Mr. Thierry Valle, the president of CAP LC. During the conference, the organizer played a video of two CAG Christians narrating their experiences of being brutally persecuted by the CCP authorities, which touched lots of attendees.

Prof. Massimo Introvigne, an Italian religious scholar and director of CESNUR (Center for Studies on New Religions), first introduced the persecution situation of the CAG in China. He said, there are three to four million CAG members according to Chinese government’s statement, and more than 300,000 members were arrested in China, which has been strongly proven by the frequent mention of the full-scale crackdown on CAG in CCP’s confidential documents.

Prof. Massimo Introvigne stressed his academic studies have proven and confirmed that the accusations against CAG are out of CCP’s propaganda and they are fake and false.

It’s learned that with the escalation of the CCP’s persecution against The Church of Almighty God in recent years, at least half a million church members have been forced to be displaced and some have fled to overseas democracies for asylum. However, the current situation of their asylum application in South Korea and European countries is discouraging, especially for the members fleeing to France: Of 442 asylum applicants, 335 were rejected, including 156 having received the removal orders, facing the risk of forced repatriation at any time.

Mr. Eric Roux, president of EIFRF (European Interreligious Forum for Religion Freedom) conducted an in-depth study on the situation where most asylum applicants from the CAG were rejected in France. In his opinion, it was wrong for the French government to reject an overwhelming percentage of CAG asylum applicants based on a document published by DIDR (Information, Documentation and Research Division), because the information thereof comes from CCP’s negative propaganda and is wrong. Besides, Mr. Eric Roux stated clearly in the text of his speech: There is no doubt that The Church of Almighty God is suffering persecution in China, where tens of thousands of its members have been tortured by the CCP and at least 30 were persecuted to death. If sent back to China, they will face a real and immediate risk of being sent to jail based on their religious affiliation. It is understandable that French authorities want to ensure that asylum seekers are genuine refugees, rather than economic immigrants simply pretending to be persecuted. However, the decisions regarding the CAG asylum seekers should be taken with a real knowledge of the Church based on in-depth studies, not on Chinese negative propaganda or the reports of journalists who merely repeat it.

Mr. Eric Roux also pointed out that repatriation is a matter of life or death for the CAG Christians. Sending them back to China is tantamount to being accomplice to the persecution they will have to suffer.

Regarding concerns that the asylum seekers of the CAG were rejected in European countries, especially in France, Mr. Willy Fautré, director of HRWF (Human Rights Without Frontiers), stated that although France is considered as the fatherland of human rights, most asylum seekers here are still rejected and the situation is not optimistic. It’s not easy for those Christians to flee China and come to Europe. If they are deported, the results awaiting them will be very terrible. He also talked about the asylum applications of CAG Christians in South Korea, where 641 applicants were all rejected, including 178 who have received a departure order as of January 14, 2018; the situation has become very tense.

Ms. Marie Holzman, a famous French Sinologist and President of China Solidarity (Association Solidarité Chine), has a broad and deep understanding of the human rights situation in China. She said that she deeply understands the great difficulties of the CAG members in France. Through contact with them, she came to know that they are dignified and well-educated people from different walks of life, and that they came to France for neither material help nor economic benefit.

In the following discussion section, Mr. Nicolas Legrin, a member of CAP LC, asked: Will the situation of (religious) persecution in China improve in the future?

Prof. Massimo Introvigne answered: It’s impossible to achieve an agreement with Chinese government. Maybe the dialogue can be held with the CCP government on Catholic underground churches or house churches. However, it is impossible to have a discussion with them about the churches they label as “xie jiao.”

During the conference, experts, scholars and human rights organizations jointly appealed to the French president, hoping that he could be alert to the disastrous consequences of denying the asylum requests of the CAG members in France.

370+ Church of Almighty God Members Arrested Across China
Believers were arrested in several provinces from June to October after prolonged surveillance and pursuing tip-offs from residents. by Lu An Followi…

Christian Brutally Persecuted by CCP for Religious Belief: Subjected to Torture, Indoctrination, Sexual Abuse
Yang Yi (pseudonym), female, born in 1960, from the eastern province of Zhejiang, is a Christian of The Church of Almighty God (CAG). She was arrested… 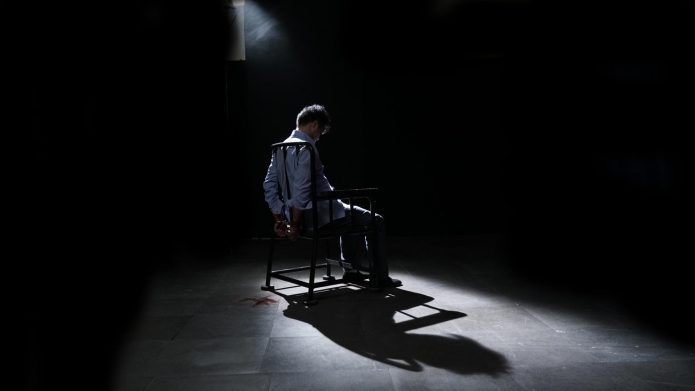