ADHRRF – On March 2, during the 37th session of United Nations Human Rights Council (UNHRC) in Geneva, Mr. Thierry Valle (the president of the Coordination of the Associations and Individuals for Freedom of Conscience, CAP LC) read the title of “a written statement named “Religious Refugees (The Church of Almighty God) from China denied asylum in Europe,” which mainly introduced the severe persecution of The Church of Almighty God (CAG) in China and the situation of the asylum application of overseas Church members fled China. The statement has aroused attention of international figures when it was published on the United Nations website. 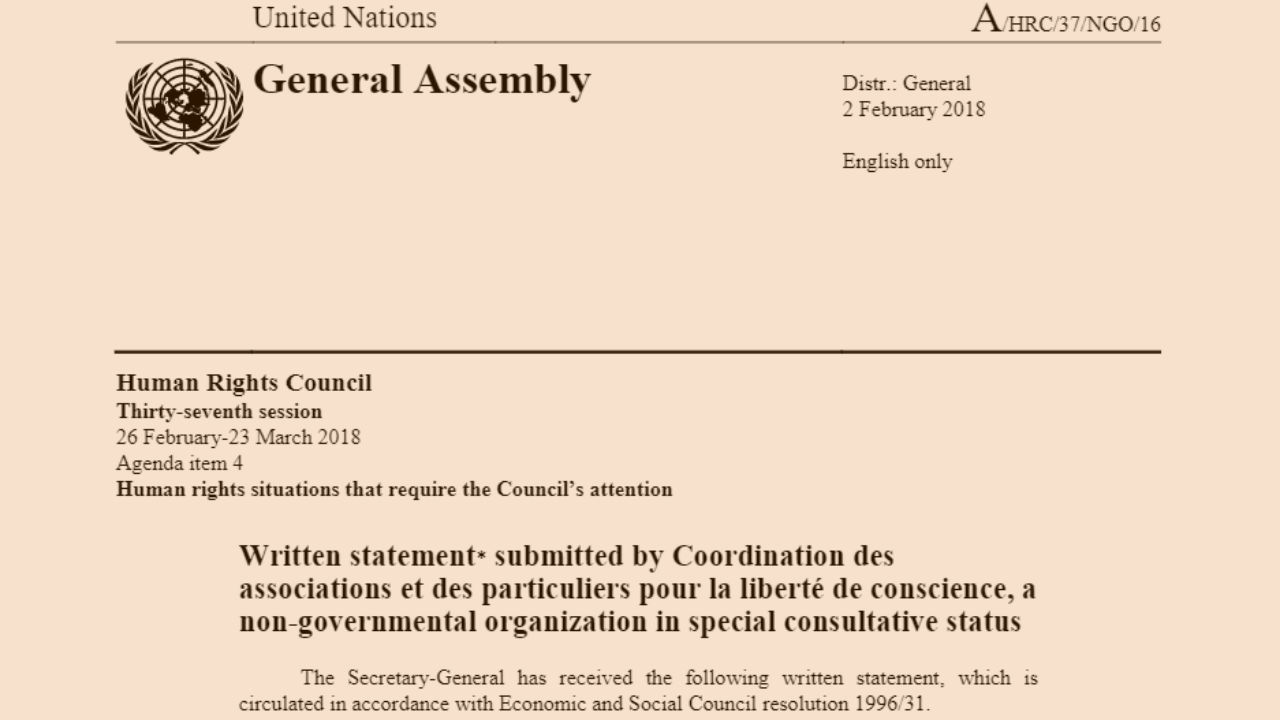 It is reported in the statement, credited by Chinese official sources, CAG has been banned and persecuted in China since at least 1995. The Chinese authorities has stepped up its repression of CAG in the name of cracking down on the cults. Based on the church’s statistics, CAG believes that 380380 members have been illegally arrested and detained by the Chinese Communist Party government during the short span from 2011 to 2013; the Freedom House reported that 80% of those persecuted in China for belonging to “heterodox religions” between 2014 and 2016 were members of CAG. This statement emphasized that the persecution of CAG in China is unprecedented in scope and magnitude.

Regarding the wide rejection of the CAG Christians’ asylum application, the statement shows that the 2004 UNHCR Guidelines on International Protection: Religion-Based Refugee Claims explicitly affirms that states cannot require evidence that the asylum seeker has been individually persecuted. It is enough to prove that the individual has a “well-founded fear of persecution.” The member of CAG in China has a very well-founded fear of persecution, for the mere fact of being a member of CAG. If detected as such, every member of CAG faces arrests and imprisonment.

CAP LC calls the attention of international community on the seriousness of persecution of CAG in China and the humanitarian problems created by these countries, including the Republic of Korea, which persistently refuse to recognize refugee status to CAG members escaping from persecution in China, or, worse, threaten to send them back to China, where they face arrest and detention, or worse.

In addition, this statement also points out that the McDonald’s murder case in Zhaoyuan is unrelated to the CAG and scholarly studies have debunked it as an egregious example of fake news spread to discredit CAG. Other rumors against CAG have also been debunked as fake news by studies authored by reputable academic scholars.